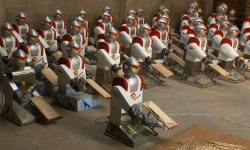 Our society is experiencing profound and irreversible changes. With robotics, digitalization, artificial intelligence, the collaborative economy or putting clients to work and the big data, the production of goods and services requires fewer and fewer people. The consequence is an imbalance in the labor market to the disadvantage of workers, resulting in steadily rising unemployment and downward pressure on wages. Although shareholders benefit from this development, the middle class is seeing a drop in it’s purchasing power. This triggers low demand and reduces production needs and economic growth.

Technology not only allows the implementation of basic income, but demands it in order to maintain a stable economy and to prevent social unrest. 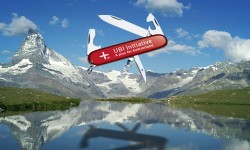 Among its numerous advantages… the UBI: 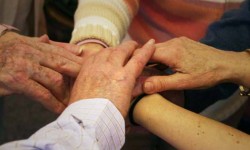 The feasibility of financing basic income has been recognized (see financing). The middle class is automatically protected by basic income from any additional taxes whose could tend to be work disincentive. Because from Right to Left, all political partners agree when it comes to encourage employment and the success of our economy.

Basic income would eliminate disgraceful jobs since it removes the economic constraints of having to perform them. These asks will be automated, performed by people (self-service), abandoned (if possible) or better paid.  The development of part-time jobs will also enable people engaged in low-paid activities to dedicate themselves to these tasks. Anyway, it’s not worthy of a modern democracy to force people into these jobs.

Switzerland is already an extremely attractive country. Immigration can thus be controlled like it is nowadays.  Basic income will only be distributed to citizens and immigrants with a valid residence permit. If needed, one could imagine a delay before making basic income unconditional for immigrants.

Basic income would protect us from social dumping: It’s much harder to reduce an income provided to all equally than it is to cut wages and benefits here and there that only touch small niches of the population.

Finally, the initiative only proposes the principle of UBI. It will be up to parliament, political actors and the people to apply this principle. It’s application will be the result of political consensus. The true danger doesn’t lie in saying YES to basic income but in not adapting in time to the great changes of the 21st century.